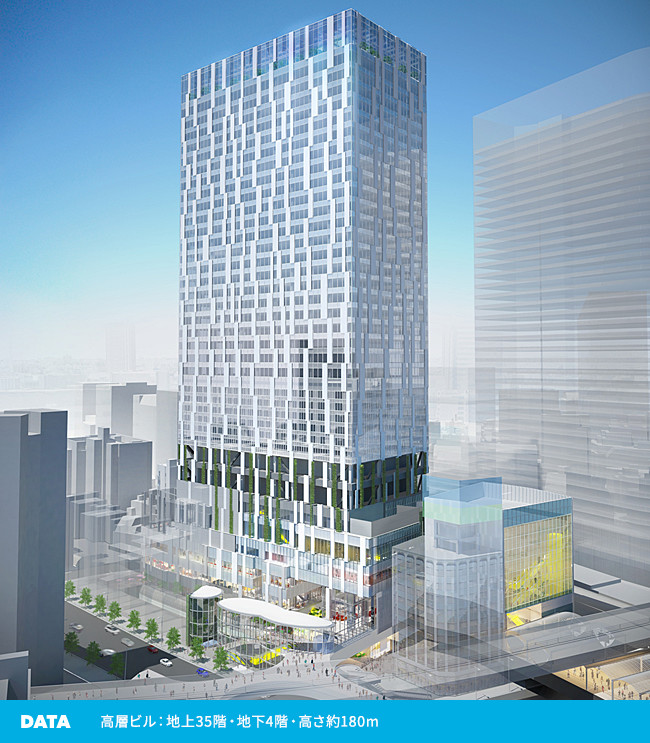 “ SHIBUYA STREAM (formerly Shibuya Station South Block. Planned to open in autumn 2018)” is attracting attention as the birth of a new waterfront space along the Shibuya River. Overpassing the old TOKYU TOYOKO LINE the west across the Shibuya River, Meiji Dori to the east. It is the area where the river appears on the ground only around Shibuya Station and you can feel the deep relationship between Shibuya and the river. In March 2013, the line between Toyoko Line Shibuya Station and Daikanyama Station has been undergrounded due to the direct operation between Toyoko Line and FUKU-TOSHIN LINE . On the Toyoko Line Former Shibuya Station Home and the site where the overpass has been removed, a space to be called "Shibuya's Oasis" will be born. 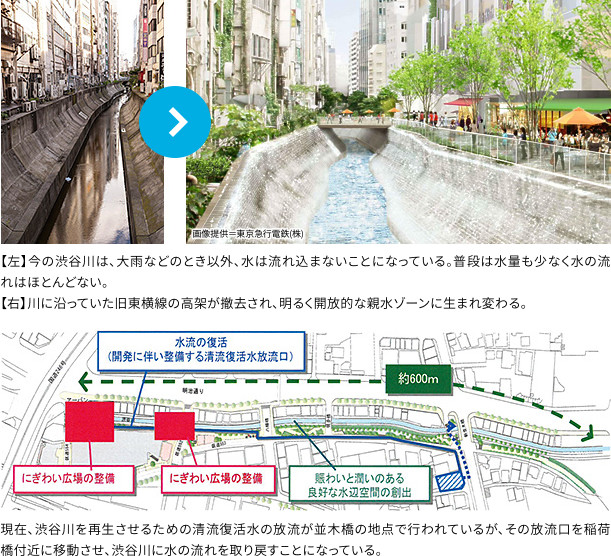 Until now, almost no water has flowed in the Shibuya River except at the time of rain, but this time, with public-private partnerships, we regain the water flow with the clear water restoration water and develop a landscape facility called "wall spring". Furthermore, by placing a square in the sky over the Shibuya River along with a 600-meter-long green promenade to the vicinity of Namiki Bridge, I plan to regain a space full of vitality and moisture. Shibuya and Daikanyama, Bypass connecting Shibuya and Ebisu, playing a role as a knot point, it seems that it will be increasing the cooperation and synergy between the city and the city. 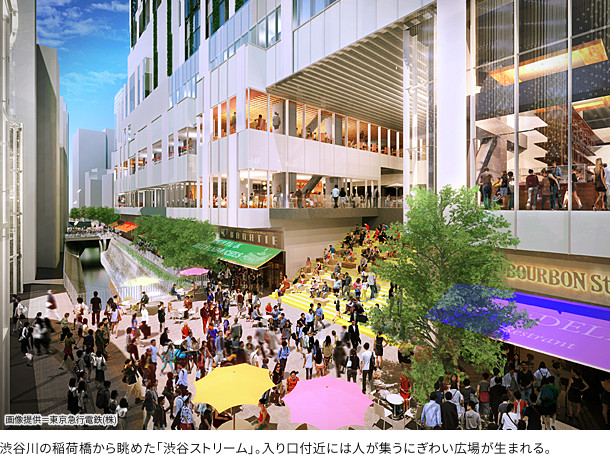 Speaking of Shibuya's face in the past, there are many people who imagine Hachiko open space, which is the gateway to the center street and parks. On the other hand, Shibuya Station South Exit located on the other side was a place with a unique atmosphere as "Back of Shibuya" "B side of Shibuya". The creation of a bright waterside space through redevelopment is not only for producing a favorable commercial area directly linked to Shibuya station, but also the flow of people towards Ebisu and Daikanyama also changes greatly. To the side of Hachiko open space filled with energy by many people crossing, the area with healing waterfront space will bring new appeal to the city of Shibuya. 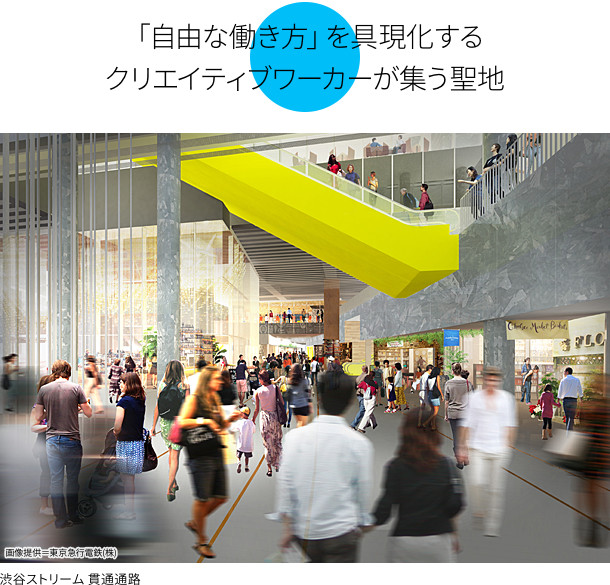 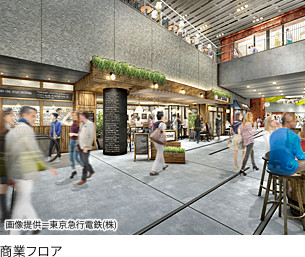 In the fall of 2016, the facility name of "Shibuya station southern district" was decided as " SHIBUYA STREAM (SHIBUYA STREAM)", its plan details became clear. A height of about 180 m, a large-scale complex with 35 stories above ground (total floor space of about 116,700 square meters). Let the concept be "sacred place of creative worker" and aim for a place where creative workers in various fields such as IT, video, design etc. gather and exchange, and can make various challenges. "Stream" which has meaning such as "flow, stream, continues to go on endlessly" is said to want to continue to disseminate new things and goods towards the world from the location along the Shibuya River flowing moderately It is one with thoughts. 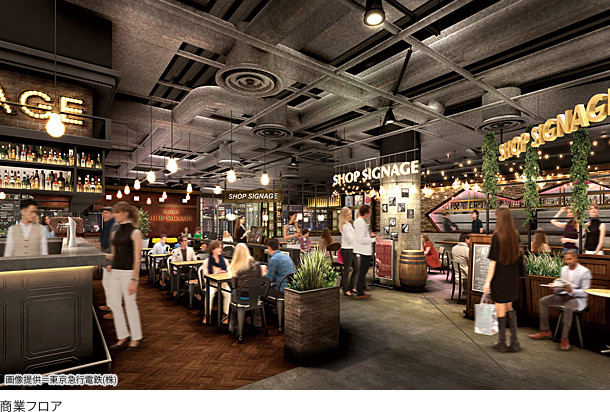 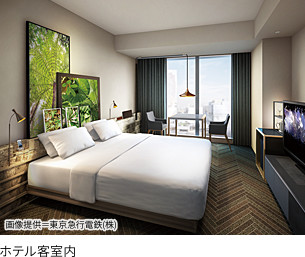 Each floor is a multipurpose square that can be used as a commercial facility with about 30 shops in 1 to 3 F, a coffee king space for small creators in 4 F, a small office, a cycle cafe to support bicycle commuting, and a futsal court. A city hotel with about 180 rooms in 9 to 13 F, an office boasting the largest total leasable area in the Shibuya area from 14 to 35 F. In addition, there is a conference room on the 6th floor, a hall (about 700 people capacity) to respond to applications such as new product launch and music live in the separate building. In recent years, the movements of work and proximity are increasing, but we decided to combine office, commercial facility, entertainment space, "play as to work", "work like playing" "everything works at work", all such work and play Is likely to be a base for embodying Shibuya's free way of working and living for people who are borderless. 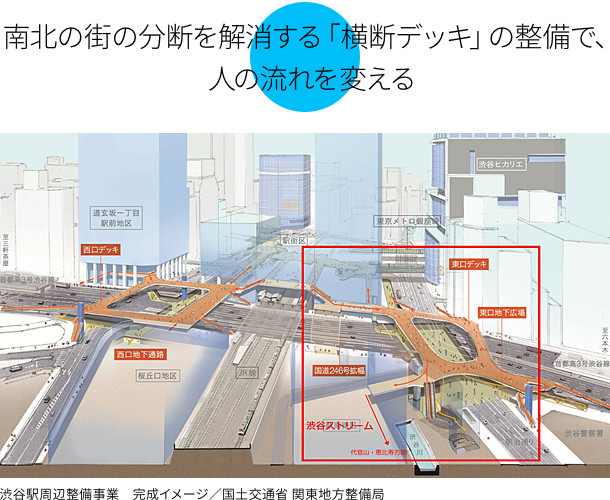 The greatest barrier to movement from Shibuya station towards SHIBUYA STREAM is National Highway No. 246. Trunk roads have largely divided the streets of Shibuya up to now north and so far, but along with this redevelopment, "National Road No. 246 Crossing Deck" connecting the JR Shibuya station direction and SHIBUYA STREAM will be in place. Actually, this deck will be reused the former Toyoko line viaduct, and the new facility will inherit the genes of Shibuya station on the former Toyoko Line. The deck is directly connected to the 2nd floor of the SHIBUYA STREAM , it is possible to pass through the Shibuya River along the Shibuya River to the end of the Namiki Bridge, and the convenience of the movement to the Daikanyama area dramatically improves. It is likely to play an important role as a pedestrian network that resolves the division between the city and the city and forms a new flow of people. Over the Shibuya River, two large plazas will be newly developed and will be popular as a meeting spot on the east side. 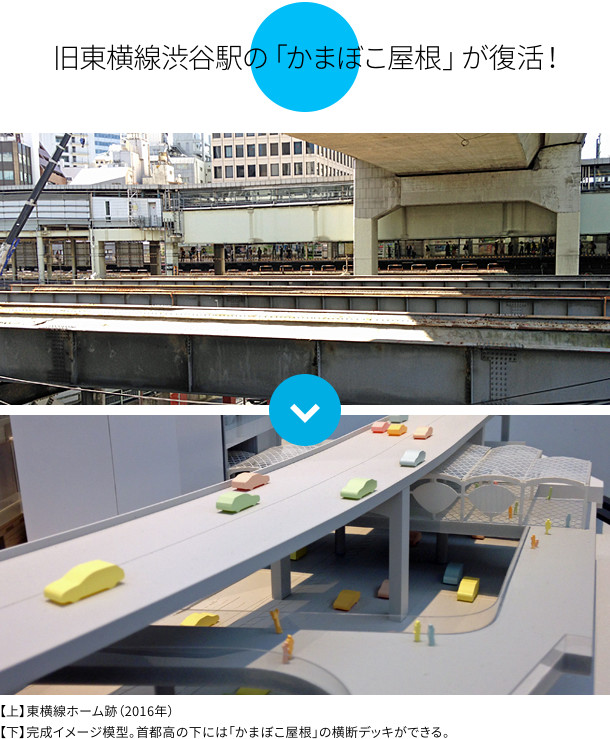 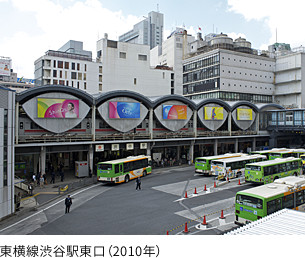 On March 15, 2013, Toyoko Line Shibuya Station on the ground which was loved by many people and drew off the 85-year history. In order to leave that memory to the next generation, the "Kamaboko roof" which was the icon of the old station building is reproduced on the head of the National Highway No. 246 crossing deck. The roof in which a semicircle is repeatedly arranged in the direction of a railroad crossing the railroad track has been loved for a long time because of its shape called "kamaboko". In this development, in addition to this kamaboko roof, designs such as side eyepiece walls will be reproduced. In addition to the deck, an arch-shaped roof that imitated a kamaboko roof was incorporated into the cycle cafe (4th floor) in the SHIBUYA STREAM 's facility and the office lobby (5th floor), and a stunning production that carved the memory of the old station building was given . The opening of business is scheduled for autumn 2018. Along with the flow of the Shibuya River resurrecting, people's flow and air are likely to change at once. 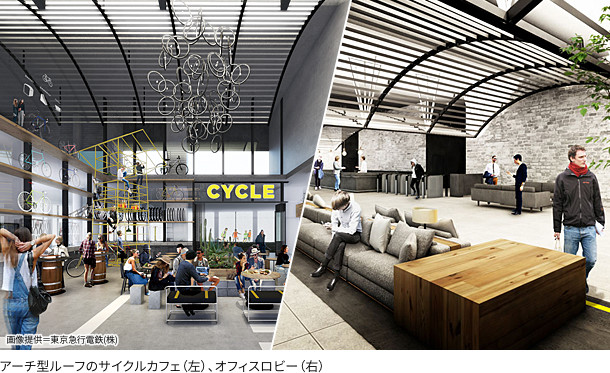