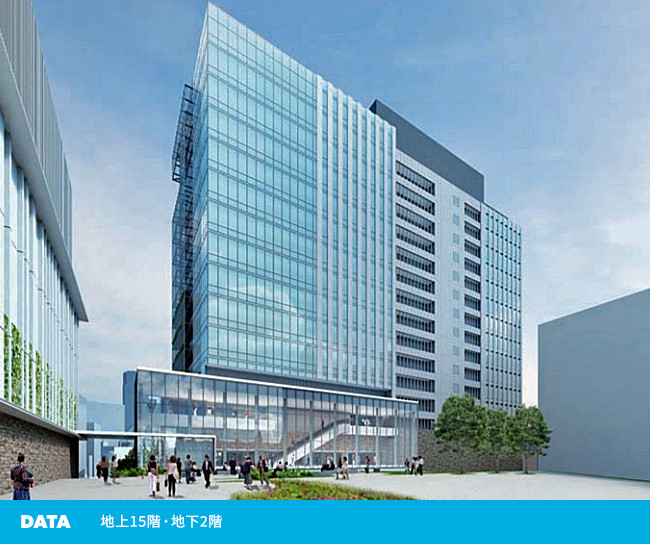 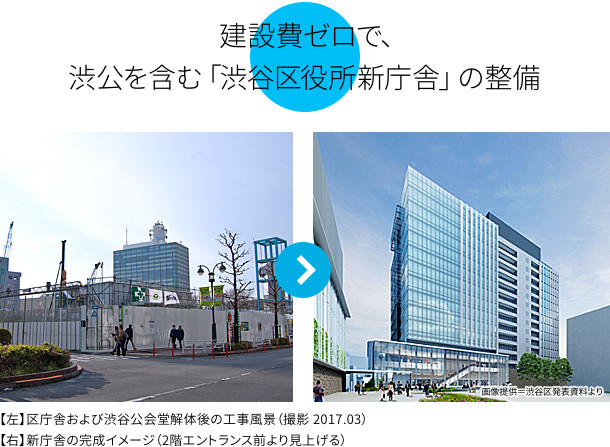 Simultaneously with the rebuilding of "Shibuya Parco", the rebuilding work of the Shibuya Ward government building along Konoyado is also proceeding at the same time. In conjunction with the last Tokyo Olympic Games (1964), the construction of the Washington Heights for the US Forces in Japan, together with the National Yoyogi Stadium and the NHK Broadcasting Center, included "Shibuya Public Hall" It's "Shibuya ward office." 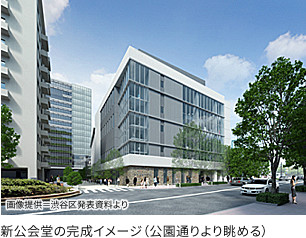 Shibuya public hall, which has been popular as a concert venue such as rock band, called "Shibuko", was originally built as a venue for the Tokyo Olympic weightlifting competition. In 1965 after the Olympic Games, Shibuya Ward Office was relocated from Kanan 1 - chome (place where old power house was) to the same place, and Shibuya public hall was renovated to concert hall. As the building's aging progresses after half a century from construction, the new government building and the new public hall are undergoing renovation work in a total of 3 buildings including condominiums. 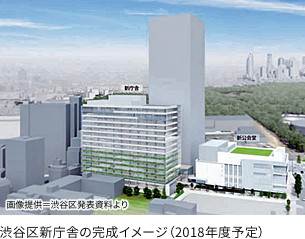 The new government building is 15 floors above the ground and 2 floors below the ground, the new public hall is the 6th floor basement 2 floors above the ground. In the adjacent site (4,565 square meters), a super high-rise condominium (total number of units of 505 houses) with a height of 136.5 m, 39 stories above the ground and 4 underground floors will be constructed. The three group companies Mitsui Fudosan, Mitsui Fudosan Residential and Japan Design borrowed a part of the site (4,565 square meters) as a consideration for constructing a new government building and a public hall with a 70-year term lease (scheduled for 21.1 billion yen) and sale A business scheme of building an apartment building. Along with this, Shibuya-ku said that it will improve the new government building and the new public hall with zero burden of construction cost. Completion is scheduled for 2018. 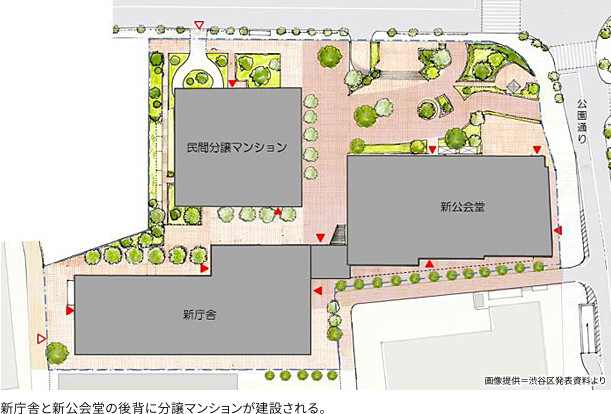 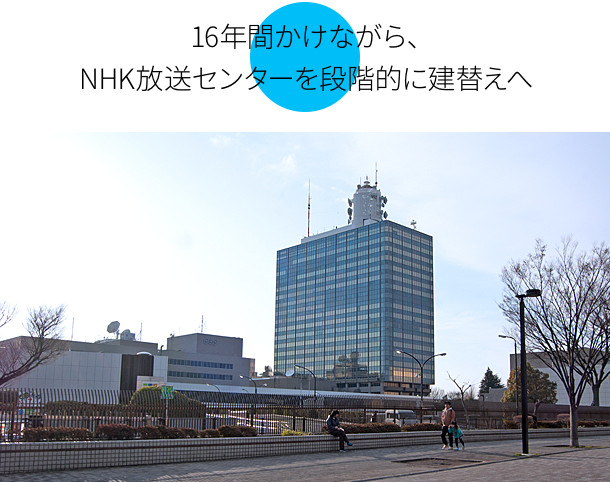 Furthermore, "NHK Broadcasting Center" which is close to Shibuya Ward New Government Building ahead of the park street, the rebuilding work begins in full swing after waiting for the end of 2020 Tokyo Olympic Games. Of the East Building (completed in 1980), West Bldg. (Completed in 1973), Main Building (completed in 1972), NHK Hall (completed in 1972), North Building (completed in 1983), contact hall (completed in 2004) Except for "NHK Hall" to be used continuously, the total of the six existing facilities are "Information Building" (9th floor of the ground, 2025) where the news center and so on are entered, "Production Administrative Building" (ground 18 Floor, previous period: 2030, late period: 2035), changed to three building structure "open building" (4 floors above ground, 2035 years) where studio parks and others enter. The construction period is to carry out stepwise dismantling and construction at the same time, taking a total of 16 years from 2020 to 2036.

Looking to the next 50 years, the wave of redevelopment spreads from Shibuya "from the station area" to "Park area all". It is the Tokyo Olympic Games in 2020 as well. Park plans such as Shibuya Parco (tentative name) will finish construction before the Olympics and anticipate "Olympic economy" etc. accompanying expansion of visitors in Japan and overseas. Meanwhile, NHK, which supports the Olympic live broadcast etc., seems to proceed full-scale construction after calming down after the Olympic Games. Either way, the "Tokyo town of Shibuya" is about to change dramatically around the Tokyo Olympic Games in 2020.