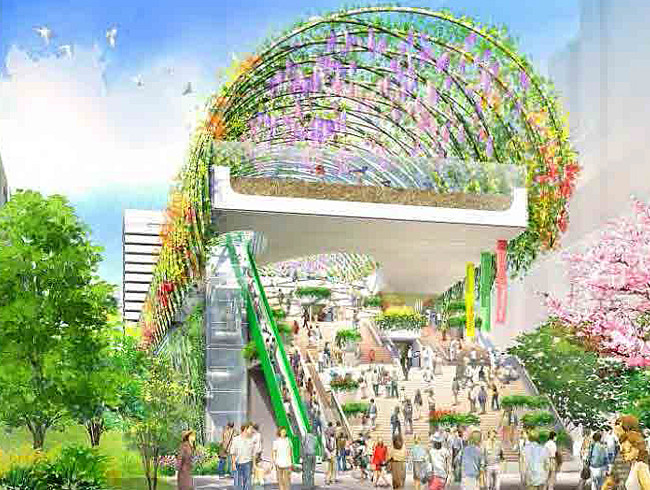 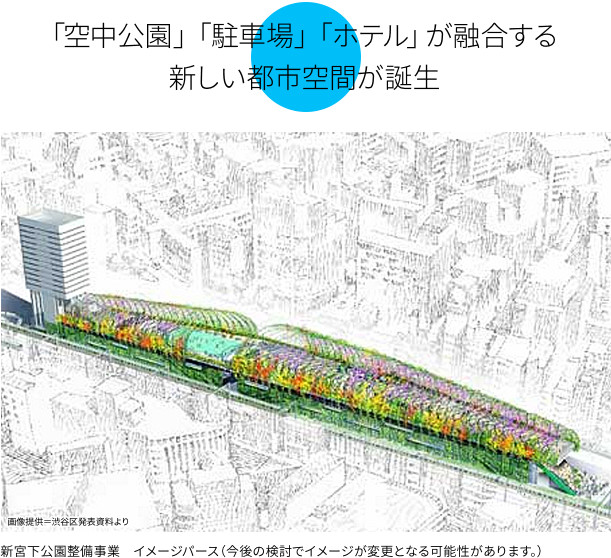 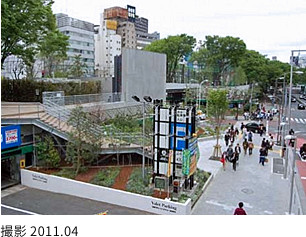 The closest "Oasis" from JR Shibuya Station is Miyashita Park located along the YAMANOTE LINE , about a 5-minute walk from the station. The 10,808 square meter park is full of trees and it is a bit dim even in the daytime. It is notable that young people in the middle of shopping and people who work in the area take a rest, and clubs and children who enjoy sports also gather and are widely used as valuable green spaces near the station. However, after half a century since it opened as an "Aquake Park", while the aging of buildings has been called out, Miyashita Park and parking lot cooperate with the redevelopment around Shibuya Station, from Shibuya River to Harajuku area It is being reconsidered as a new urban space that forms the green of the city. 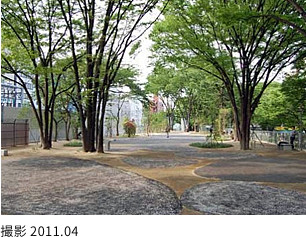 In the first place Miyashita Park was born in 1948, shortly after the war. At that time, except for the Toyoko department store in front of the station there were no high buildings around the park, and the park was about the level where the fields sandwiched between Shibuya River and Udagawa were maintained. It predicts an automobile society that will be visited in the near future as a result of the celebration of the Tokyo Olympics in 1964, predicts an automobile society that will be visited in the near future, and will be developed as an aerial park with a parking lot under the park in 1966 . At that time, Aerial Park was unusual and said that he gathered big topics. While aging and seismic instability occurred more than half a century since construction, the formation of "green and water space" that creates crowds, strengthening the access of stations and parks to cooperate with station redevelopment, and further the Tokyo Olympic Games in 2020 For the purpose of maintenance as a park suitable for welcoming, Shibuya Ward started a public offering proposal. Mitsui Fudosan was selected as a business operator of Miyashita Park etc. maintenance project in August 2014. According to the plan of the "Miyashita Park, etc. maintenance project", maintenance will be carried out as a park which is opened to the area more brightly while maintaining Miyashita Park as the "three-dimensional city park" like the conventional aerial park. In addition to the main park, a bold change to a facility where complexes such as "Shibuya parking lot" that can accommodate 243 cars, "three-storey" commercial facility ", 200 rooms" accommodation (hotel) To plan. Besides that, it is said that the formation of a pedestrian network to strengthen access to the Shibuya station area and enhance the disaster prevention function of the area.

Construction cost will be the same as the scheme of the new government building, we will lend a part of the park site as a term leasehold for 30 years to Mitsui Fudosan and build commercial facilities and hotels. Along with this, we expect to reduce the financial burden on the construction cost of Shinomiya Shimoen Park. Opening planned for August 2019.